My name is Carlos, I write software and I love to take pictures.

A couple of years ago I decided to change the streets of my hometown in San Lorenzo for the crowded avenues of this metropolis called Tokyo. I have been loving this city since then.

There's so much beauty everywhere around here that I decided to build this site to share my visions of this city. I hope you will find them interesting.

Feel free to use any content on this site as you wish, and if you like the web here is the source code so you can build your own version (I hope you like Ruby).

I'm happy to announce that I have publish my first book of photography. 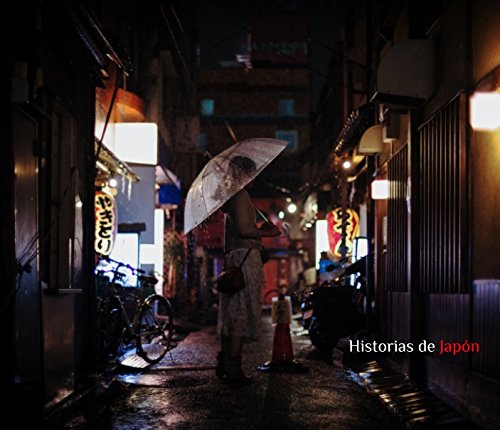 "Historias de Japón" is the Spanish for Stories of Japan, and it comprehends 6 stories located in several places around Japan.

You can preview it on blurb, and you can buy it on Amazon

Just writing here to let you know that chances are that in the future Tokyo Project might experience some downtime.

You see, Tokyo Project is being hosted by Heroku and recently they changed some of their policies regarding the free tier.

Nothing to complain, I'm grateful to Heroku guys for letting me host Tokyo Project there for free. I wish I could upgrade my plan in order to avoid these downtimes but, that means that I would need to make Tokyo Project profitable in order to not lose money and I'm not sure I want to do that.

According to my insights so far most of the traffic to the site comes through rss feeds (and some weird requests from Russia ?) so I hope this won't be a downer for any of you.

If that is the case please let me know and I will figure out a solution.

I'm still trying to figure out new ways to reach people who might be interested in this little project, so I have created a tumblr account in where I will be also sharing some pictures.

I'm thinking about the best way to reach people who might be interested in what I am doing here and tumblr might be a good choice.

At least it's worth the try.

So check it out tokyo-project.tumblr.com :)

Ideas for a new landing page

Some of the feedback I got is about the main landing page. Being this a photography centered site, the landing page might be a little bit dull.

Friends and readers told me that might be better to fill the landing page with full sized pictures and make the navigation easier.

So far is only working for pc, responsible layout is not yet fully working, but what do you think?

New logo for the project

It’s been a couple of week since Tokyo Project has a new logo.

I used 99designs.com thanks to a friend who recommended that service to me. I've heard lots of things about that site (good and bad), but as my personal experience goes I’m pretty much satisfied with the results. At the end there were so many good designs that was really difficult to pick the winner.

For that I setup an small a/b test using some add engines to see which logo was getting better response for the public, so If you saw any ad around there I’m sorry for the spam :)

As for Tokyo Project TODO list, mostly all the features I wanted for the site are already implemented, although there are some things that bothers me.

The main would be the speed. Currently I’m serving the pictures from Flickr, I have been using that service for years now and most of my pictures are already there, so I’m using Flickr’s API to display the pictures on the site.

The problem is that Flickr is not that fast, specially the latency is not so great, so if the images are taking a long time to load ごめんなさい。

I have no plans to include ads on the site, so I have to keep it as cheap as possible in order to make it feasible. Currently I’m only paying for the domain name, for the hosting I’m using Heroku (thanks a lot guys BTW) and Flickr since I’m already paying for that :)

So since there is little more to implement probably I will start taking more pictures to create areas and visions. Stay tuned ;)

It's been a while since Tokyo Project was just an idea inside of my head and just a small project to learn Padrino :)

Since then this little project has been iterating a lot, I have been working on small features based on the feedback I got from friends and the people who has been visiting the site.

I'm trying to keep things as neat and clean as possible, I'm not really aiming to make this a complex portal full of features, rich javascript nor anything like that. Not even close.

But there was something I thought it was missing. There are times when I'm working on the source code of the project, or I'm just don't have time to go out and take pictures around Tokyo (this is what it hurts the most), so the flow on the site stops for a while. And for those days I would like to have a tool to say what is going on, what i'm working on or just to let you know to hang in there, there are more pictures coming soon... so that's where this blog might be useful :)

My English is far from perfect, so please be patient if you see something weird (I'm quite sure there will be mistakes). I would like to keep the contests for the site in three languages as much as possible, probably I will be writing here only in English.

So hope to see you around here, there are more little things coming soon ;)